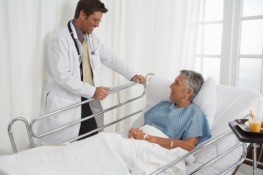 However, the results of an analysis suggest that progress on this issue may take a while.

As many as one in five patients on Medicare return to the hospital within 30 days of being discharged, according to a report in HealthNewsDigest.com. Every year, hospital re-admissions cost the American health care system as much as $18 billion. Worse, many of these re-admissions are entirely preventable with the right kind of post-discharge information, follow-up care, and other strategies.

The researchers examined the results of the first two years of the State Action on Avoidable Re-hospitalizations Initiative. They found widespread agreement that reducing preventable re-admissions depends very heavily on collaboration and communication among health care providers across care settings.

However, establishing such cooperation is challenging. Genuine collaboration is not a natural phenomenon in many health care communities. The researchers called for policies that provide economic incentives for coordinating care and cultivate productive relationships among providers.