Skip to Main Content
Blog : Experts Testify That Not Enough is Being Done to Reduce Patient Harm 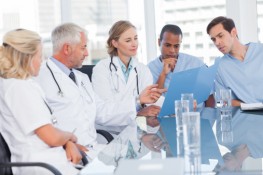 Consumer advocates and medical specialists testifying before the Senate Subcommittee on Primary Health and Aging on July 17 delivered a somber assessment of patient safety. One physician contended that patients are not significantly safer today than they were 15 years ago, when a landmark medical errors study prompted calls for reform.

“In certain areas, things are better, in certain areas things are probably worse, but we are not substantially better off compared to where we were [15 years ago],” testified Dr. Ashish Jha, MD, of the Harvard School of Public Health, according to an article in Fierce Healthcare.

Senator Bernie Sanders (I-Vt.), the committee’s chairman, acknowledged that most patients probably don’t realize that medical errors are the third-leading cause of death in America, reports ProPublica. He said the problem has been under-addressed by lawmakers, a point echoed by the health-care experts. The experts, however, also noted that the health-care community isn’t doing enough to track and prevent patient harm.

“Our collective action in patient safety pales in comparison to the magnitude of the problem,” Peter Pronovost testified, according to the ProPublica article. Pronovost is a senior vice president for patient safety and quality at Johns Hopkins Medicine. “We need to say that harm is preventable and not tolerable.”

During his testimony, Pronovost called on Congress to invest in researcher training and the science of health-care delivery. Along with Jha, he also said the Centers for Disease Control and Prevention, which tracks hospital-acquired infections, should track other patient harm metrics.

Lisa McGiffert, director of the Safe Patient Project in Austin, Texas, said the Centers for Medicare & Medicaid Services should require public reporting of hospital outcomes for adverse events such as infections and complications from surgeries.

The hearing, titled, “More Than 1,000 Preventable Deaths a Day is Too Many: The Need to Improve Patient Safety,” was inspired by a new study by NASA toxicologist John James that estimates preventable harm in hospitals contributes to 400,000 deaths per year.

James testified at the hearing and believes that the Senate should establish a National Patient Safety Board – on par with the National Transportation Safety Board – to look into patient harm. He also wants to see Congress pass a national patients’ bill of rights that would provide basic patient protections, such as access to a facility’s safety record.

James’ study, A New, Evidence-based Estimate of Patient Harms Associated with Hospital Care, was motivated by a personal tragedy involving a preventable medical error. His 19-year-old son was given a clean bill of health after collapsing during a run, but died weeks later when he returned to running. James believes he lost his son to medical malpractice and says the doctors handling his son’s care made at least three catastrophic errors.

The attorneys of Morrow Kidman Tinker Macey-Cushman, PLLC represent patients who have been harmed by preventable medical errors in Seattle and across Washington.