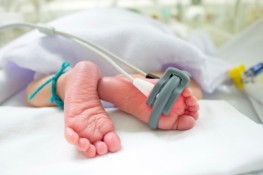 The Seattle birth injury attorneys at Tinker Law Firm, PLLC want to help. Contact us for a free consultation to talk about your case and learn about your legal rights. From Seattle, Pasco, Richland, Kennewick, Bainbridge Island, or elsewhere in Washington, you can reach us by simply calling (206) 752-4366 or by using our online form.

Serious Birth Injuries Can Cause Four Types Of Cerebral Palsy

There are four general types of cerebral palsy. Each form is characterized by a child’s specific impairments, which are directly related to the part of the child’s brain that was injured. While no form of cerebral palsy can be cured, the condition normally is not life-threatening, and a child who develops cerebral palsy can benefit a great deal from prompt medical treatment and therapy.

The four generally-recognized types of cerebral palsy are:

Ataxic Cerebral Palsy – This is a relatively rare form of cerebral palsy that is caused by improper development, or injury to, a child’s cerebellum. The cerebellum, which is tucked behind and beneath the rest of the brain, helps coordinate and control a person’s fine motor skills, muscle tone, and coordination. As a result, a child with ataxic cerebral palsy will likely have these sorts of symptoms:

Athetoid or Dyskinetic Cerebral Palsy – Also relatively rare, athetoid or dyskinetic cerebral palsy occurs when a child suffers damage to parts of the brain that control coordination, body posture, and involuntary movements such as the body’s reflexes. Children who have this type of cerebral palsy have muscles that are alternately too tight and too loose, resulting in many difficulties in controlling bodily movements. Symptoms of athetoid cerebral palsy can include:

Spastic Cerebral Palsy – By far the most common type of cerebral palsy, this form of the disorder is caused by damage in the brain that interferes with a child’s ability to process nerve signals to muscles in the child’s body. In particular, the child no longer can prevent its muscles from contracting, causing them to be permanently tight and stiff. In addition, the child’s movements may be jerky and exaggerated, and the child may exhibit tremors and sometimes violent uncontrolled movements. Spastic cerebral palsy can take several forms:

The experienced and trusted Seattle cerebral palsy lawyers at Tinker Law Firm, PLLC know the difficulties that families face when a child is diagnosed with cerebral palsy. We’ve worked hard to develop the skills and resources necessary to get successful results for birth injury victims and their families.

Contact us today for a free consultation. From Seattle, Pasco, Richland, Kennewick, Bainbridge Island, or elsewhere in Washington, you can reach us to talk about your case by simply calling (206) 752-4366 or by using our online form.

Of all the problems caused birth injuries, cerebral palsy is one of the most... continue reading