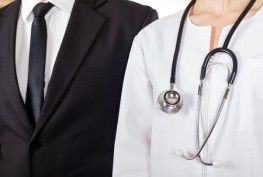 Of all the problems caused birth injuries, cerebral palsy is one of the most serious. When cerebral palsy is connected to a birth injury, the condition is usually caused by oxygen deprivation to the brain during labor or childbirth. The symptoms can vary from mild to severe with a lifelong impact on the child and their family. Medical malpractice or improper treatment before, after or during the childbirth process is sometimes the cause of cerebral palsy.

Cerebral palsy is a medical term for a list of neurological disorders that impair body movement and muscle coordination. Most children with the condition are born with it although a proper diagnosis may be delayed for a few years.

While cerebral palsy is a lifelong, serious health condition; it is “non-progressive” which means that it won’t get any worse than it is at the outset.

According to data from the Mayo Clinic, cerebral palsy occurs in approximately two to four out of every 1,000 births in the United States and Europe.

Understanding the causes of cerebral palsy

Common causes of cerebral palsy include oxygen deprivation to the brain (hypoxia) or to the body (asphyxia) during labor or birth, premature delivery or some other birth trauma. All of these issues may be the result of medical malpractice or mistakes during labor or childbirth, but not in every case.

Breakdown of common links between medical malpractice and cerebral palsy

Premature birth may be caused by:

Oxygen deprivation may be caused by:

The three most common types of cerebral palsy are:

Call us now at 206-842-1000 or contact us online to schedule a free consultation with one of our compassionate, experienced Seattle injury lawyers. We are ready to fight for you.