Skip to Main Content
Blog : Can Cerebral Palsy be Caused by Medical Malpractice?

Can Cerebral Palsy be Caused by Medical Malpractice? 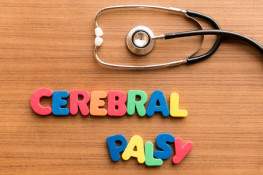 About 10 percent of children born with cerebral palsy incurred the brain injury as a direct result of medical malpractice. That means that one in every ten children with cerebral palsy would not be suffering from the injury had the medical team not made a mistake or acted negligently during or after the birthing process.

If your child is suffering from cerebral palsy as a result of a birth injury, you may wish to seek the legal guidance of a medical malpractice lawyer. The law firm will determine whether you have a case for a cerebral palsy lawsuit and advise you of your rights.

What is cerebral palsy?

Cerebral palsy is a permanent disorder caused by a brain injury that typically occurs before or during delivery or soon after birth. The disorder causes the disruption or cessation of normal signals going from the brain to the nervous system. There are varying degrees of severity but the worst cases can cause the crippling of certain muscles or muscular functions.

Understanding the causes of cerebral palsy

The brain injury associated with cerebral palsy can be caused by external pressure to the brain or oxygen deprivation:

The result of these situation is paralysis to some part of the brain but the severity of the disorder is usually linked to the length of time that the brain was compressed or oxygen was cut off; the longer the time, the more severe the disability.

How do I know if cerebral palsy could have been prevented?

The best way to assess whether your child’s cerebral palsy could have been prevented is to seek the advice of a qualified medical malpractice lawyer. The law firm will have access to a team of medical professionals who will be able to dissect the particulars of your case.

Call us now at (206) 752-4366 or contact us online to schedule a free consultation with one of our compassionate, experienced Seattle injury lawyers. We are ready to fight for you.