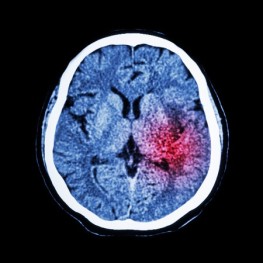 A brain injury can be a devastating, lifelong injury. Brain injuries caused by a birth injuries may be due to one of many complications, and can result in numerous injuries and disabilities. When a personal injury is caused by the mistake or negligence of a medical professional, medical negligence may have occurred. If your infant sustained a birth injury resulting in a brain injury at birth, contact an experienced medical malpractice attorney right away; don’t miss the statute of limitations.

Severe subdural hemorrhages involve a sizeable collection of blood that can put pressure on the brain, resulting in seizures or high bilirubin levels. When a subdural hematoma occurs as a result of a trauma, it is called an “acute” subdural hematoma and is one of the deadliest types of head injuries. The bleeding fills the area around the brain very rapidly and compresses brain tissue; this often causes brain injury or even death.

Hydrocephalus is a medical condition in which there is an unusual buildup of cerebrospinal fluid (CSF) in the brain’s cavities called ventricles. Hydrocephalus is sometimes a congenital condition, but it can also occur as a result of head trauma before or during birth. The severity of the condition depends on several factors. When the size of the skull increases, for example, CSF may continue to flow normally along the ventricles because the still-growing skull is elastic and prevents narrowing of the cranial passages. The most obvious symptoms of hydrocephalus in babies are an abnormally large head or an unexpected growth in the head’s circumference. Hydrocephalus may also cause headaches, irritability, vomiting, seizures and sleepiness or even comas.

The number of birth injuries reported in the United States has decreased in recent decades, but the risk is still very real to those who are affected:

In 2006 alone, 157,000 birth injuries might have been avoidable. With so many preventable birth injuries occurring, we know that there is much room for improving standards of care observed by doctors and hospitals. Even a great healthcare provider can make a mistake or become negligent in a specific circumstance; they should be held accountable for their error.

Call us now at (206) 752-4366 or contact us online to schedule a free consultation with one of our compassionate, experienced Seattle injury lawyers. We are ready to fight for you.