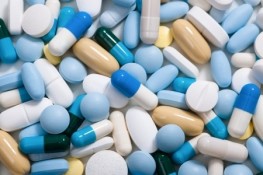 The effects of alcohol and illegal drugs on a fetus are well known today. It is important to understand that there are also prescription drugs that may cause birth injuries and birth defects, especially when they are prescribed liberally or improperly monitored. When a pregnant woman takes a prescription drug under the care and supervision of a physician or pharmacist and the baby is born with a birth defect, the mother may have a claim against the drug manufacturer, pharmacist or physician.

While research has found many prescription drugs to be safe during pregnancy, it is up to a physician to monitor the mother and unborn child for signs of side effects. Physicians have a duty to only prescribe medications when the health of the mother or fetus depends on it because prescription medicines often come with side-effects that can lead to serious birth injuries and long-term health conditions.

Selective serotonin reuptake inhibitors, usually called SSRI medications, are usually prescribed for depression and anxiety issues. Doctors had been prescribing certain SSRI medications to pregnant women for years, but in 2006, the U.S. Food and Drug Administration (FDA) released a public warning. It explained that infants were at increased risk of developing persistent pulmonary hypertension of the newborn (PPHN) when exposed to certain SSRI medications in the mother’s womb. The SSRI drugs included in the warning are Lexapro, Zoloft, Prozac, Paxil, Symbyax and Fluvoxamine. SSRI medications are also a known risk for other birth defects including cleft lip and/palate, limb abnormalities, heart defects, neural tube defects, craniosynostosis, spina bifida and omphalocele.

The anti-nausea medication Zofran (or its generic version, Ondansetron) is an antiemetic and selective 5-HT3 receptor antagonistmay that may be linked to birth defects; it is prescribed to treat excessive vomiting in pregnancy. Studies have found possible links between Zofran and birth defects including jaundice, heart defects, mouth deformities and musculoskeletal anomalies.

Benzodiazenes are usually prescribed for muscle relaxation, anxiety disorders, insomnia, panic attacks and seizures. They should only be prescribed to pregnant women with serious health issues because if taken while pregnant, certain benzodiazepine medications may create side effects in infants including poor muscle control, breathing difficulties and problems regulating body temperature.

While oral antibiotics are avoided during pregnancy if possible, some types are considered safe including penicillin and amoxicillin. Other types, however, may cause birth defects such as malformation of the infant’s skull and brain (anencephaly), cleft lip, eye and heart defects. Antibiotics to avoid during pregnancy include Tetracyclines, Sulfonamides and Nitrofurantoins.

Accutane is prescription acne medication that is unsafe to take while pregnant or even for three years prior to becoming pregnant. Isotretinoin, the active ingredient in Accutane, has been linked to severe birth defects and even infant death. According to the FDA, a shocking 25 to 35 percent of all pregnant women who take Accutane will have an infant born with birth defects.

Diflucan, also called fluconazole, is prescribed to women with stubborn yeast infections. If taken while pregnant, however, it may cause miscarriages.

Commonly used non-steroidal anti-inflammatory drugs (NSAIDs) such as Motrin, Aleve and Excedrin, have been linked to a small risk of birth defects including neural tube defects, limb abnormalities, and microphthalmia. Their prescription strength cousins include Relafen, Diclofenac and Lodine. Tylenol is considered a safe option for pain relief during pregnancy.

Doctors and pregnant mothers are in a tough spot when the mother experiences seizures because seizures are associated with miscarriages. The problem is that the drugs used to control seizures such as Tegretol, Depakote, Lamictal, and Dilantin have been linked to birth defects. The list of defects includes developmental delays in speech and walking, cleft lip and/or palate, craniofacial defects, organ deformities and hypoplasia.

If your infant is suffering from a birth defect or birth injury as a result of prescription medication prescribed to you during pregnancy, contact a skilled birth injury lawyer as soon as possible.