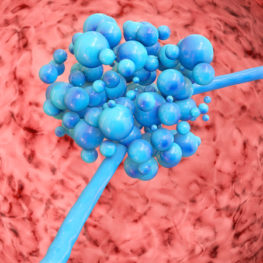 In 2016, the U.S. Food and Drug Administration (FDA) reviewed a 17-year Danish study involving both the pill and liquid versions of Diflucan or its generic version, fluconazole. The study showed that the commonly prescribed yeast infection drug, manufactured by Pfizer, can cause miscarriages; although it did not provide proof of harm. Patients who experienced a negative event while taking Diflucan or shortly after taking the medicine should report their experience to health authorities before contacting a medical malpractice lawyer.

Why is Diflucan prescribed during pregnancy?

Before the Danish study, the drug’s U.S. label was based on FDA approved studies that showed no increased risks during pregnancy if exposed to a single 150mg oral dosage. In 2011, the FDA released a warning statement that high doses (400-800mg per day) of Diflucan could cause birth abnormalities including flattened rear skull (brachycephaly) and cleft palate; the labels were updated accordingly.

What does the Danish study reveal about Diflucan causing miscarriage?

The Danish study, released in January, 2016, evaluated over one million pregnancies from 1997-2013. They compared the results for mothers who took Diflucan against the results of similar pregnancies where the mother was not exposed to the drug.

The study found a clear correlation between the mother taking Diflucan and complications in pregnancy, including miscarriages. They showed that even a standard low dose of 150mg taken one to two times per day in the first six months of pregnancy increases the risk of miscarriage by an alarming 50 percent.

Women who are pregnant or plan to become pregnant should monitor the progress of the FDA’s review of the dangers associated with this drug and check the FDA’s adverse event reports for actual events submitted by patients, doctors and researchers. Other places to check for information are the Organization of Teratology Information Specialists (OTIS), the National Birth Defects Prevention Study (NBDPS) and Pregnancy Registries, which are sometimes used for studies conducted by drug manufacturers.

Patients expect that they can rely on their doctors to prescribe drugs that are safe for them, especially when they are pregnant. Patients have a right to quality of care. If you are pregnant and in need of treatment for yeast infection it is clear that both the mother and doctor should be taking the Danish study into consideration before prescribing Diflucan. Note that the FDA has long classified Diflucan as a category D drug during pregnancy. This means that they have found scientific evidence to support that there are risks associated with its use, including birth defects. Despite this, the benefits of appropriate use of category D drugs are generally considered to outweigh the risks. If you are pregnant or planning to become pregnant, talk to your healthcare provider before choosing a medication or switching medications, even if they are over-the-counter.

If you were prescribed Diflucan when pregnant and subsequently experienced a miscarriage, pregnancy complications or birth injuries/defects contact a birth injury lawyer today. The help and support of an experienced personal injury lawyer is invaluable when bringing a case against a health care provider or drug manufacturer.