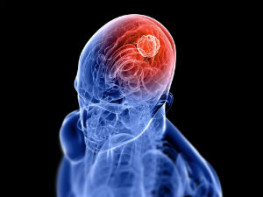 Someone in the United States dies from a stroke every four minutes, according to the American Stroke Association. In addition to killing nearly 129,000 people a year, stroke is also the leading cause of disability. Stroke victims who survive may suffer a variety of neurological deficits that can lead to paralysis, loss of speech and vision, memory problems, cognitive deficits, emotional problems, and more.

Prompt diagnosis and treatment is necessary if a person is to survive a stroke with the least amount of physical and mental damage. Doctors must thoroughly examine and evaluate patients with an open mind and perform proper tests and assessment procedures.

Strokes are often misdiagnosed because there are several conditions mimic the symptoms of a stroke, and because a stroke is incorrectly seen as something suffered only by elderly patients. Doctors and other medical professionals who do not take the time to thoroughly evaluate a stroke victim and therefore misdiagnose or fail to diagnose this potentially deadly condition may be liable for malpractice. If so, they may be held accountable for their patient’s losses or the losses of the patient’s family.

The medical malpractice attorneys at Tinker Law Firm, PLLC, can help if you think you or a family member was harmed by the delayed or missed diagnosis of a stroke. We can discuss the circumstances of your case in a free initial consultation and advise you of your rights under Washington law for recourse after a negligent misdiagnosis. Call us today or fill out our online contact form to discuss your situation.

What is a Stroke?

A stroke occurs when the blood supply to a portion of the brain is interrupted or severely reduced. Strokes are usually caused by blood clots (thrombosis). Brain cells begin to die within minutes of being deprived of oxygen. Brain tissue that does not receive a proper supply of oxygenated blood can die within a few hours. As brain tissue dies, the brain’s function diminishes, sometimes beyond recovery.

An ischemic stroke is caused by blockage of a blood vessel (artery) that supplies blood to the brain. About 80 percent of strokes in the United States are ischemic.

Embolic strokes are a type of ischemic stroke. They are caused by blockage of one of the arteries to the brain by a blood clot that has formed elsewhere in the body (usually in the heart), broken free, and traveled to the brain.  The traveling piece of clot is known as an embolus.

A venous stroke is caused by a blood clot that blocks a vein that allows blood to drain out of the brain. The back-pressure effect of the blockage leads to the venous stroke.

A transient ischemic attack (TIA) happens when an artery is temporarily blocked and blood does not reach a part of the brain. The lack of blood flow can cause part of the brain to malfunction.

What are the Signs of Stroke?

The five most common symptoms of a stroke are:

A stroke is a medical emergency. Prompt treatment can minimize brain damage and potential complications.

In most cases, an emergency room or urgent care provider is the first medical professional to evaluate a person who is experiencing a stroke. They must act quickly to be effective.

The medical professional must rule out other potential causes of the patient’s symptoms, which include a variety of conditions such as migraine headache, seizure, or abnormal blood glucose levels.

To diagnose a stroke, a provider should obtain a good medical history, including medications the patient is taking, and risk factors for stroke, such as high blood pressure, heart disease, high cholesterol, diabetes, smoking, and an unhealthy lifestyle. The provider should also conduct neurologic tests (right- and left-side strength and ability to comply) and ask about the onset of symptoms, since stroke occurs rapidly and mimicking conditions often do not.

Several tests are available to assist with diagnosis, including blood tests (which can rule out infections as well as blood-sugar and other chemical imbalances), and a variety of imaging tests (including CT and MRI scans) that can show evidence of blood clots, bleeding, tumors, and other problems.

Unfortunately, a study from Johns Hopkins University concluded that doctors overlook or discount the early signs of potentially disabling strokes in tens of thousands of Americans each year. The study, which analyzed data from nine states for 2008–2009 and was published in April 2014, found that:

Nationwide, the estimated number of misdiagnosed strokes resulting in harm to patients, based on the data in the study, could be anywhere between 15,000 and 165,000 annually. But study leader Dr. David E. Newman-Toker, M.D., Ph.D., an associate professor of neurology at the Johns Hopkins University School of Medicine, says more specific numbers are difficult to estimate because of shortcomings in the health data routinely reported by the states.

Why Are Strokes Misdiagnosed?

In the simplest terms, when a stroke victim’s symptoms and condition have been negligently misdiagnosed, it is often because the attending medical professionals did not take the time and steps necessary to make a correct diagnosis.

Johns Hopkins’ Dr. Newman-Toker says the reasons for misdiagnosing a stroke could range from language and cultural barriers between doctor and patient, to the typical belief that stroke happens only to older people. Dr. Newman-Toker’s study also suggests gender and racial disparities may play a role.

Not spending adequate time with patients and their cases leads to such errors as:

Providers who make negligent errors may simply be inadequately trained. In some cases, policies in place at a hospital, clinic, or other facility contribute to failed diagnoses, and the institution itself may be liable.

What Can I Do About Failure to Diagnose a Stroke?

It is natural to be confused and to have questions if you believe that the problems you face could have been prevented or lessened. You have a right to assistance with the costs of caring for a stroke victims, as well as for your pain and suffering if, indeed, preventable errors were made.

The attorneys of Tinker Law Firm, PLLC, work with stroke patients and families of stroke victims who believe there were negligent errors in how their medical cases were handled. We are experienced in reviewing cases that involve misdiagnosis or delay in making a proper diagnosis of stroke. For technical reviews of our client’s medical records, we work with doctors, nurses, and other medical experts who are able to identify and explain negligence and errors in the process of diagnosing a stroke patient.

Call us today or fill out our online contact form for a free evaluation of your situation and potential claim for compensation.

Medical Malpractice Claims for Waking Up During Surgery

Anesthesia is an incredible medical treatment that is used to sedate patients who need... continue reading