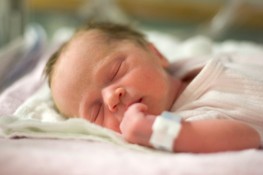 If you’re worried that your child might have cerebral palsy, the Washington birth injury lawyers at Tinker Law Firm, PLLC can help. We offer a free consultation to talk about your concerns and advise you about your legal rights. We can also tell you about resources available to help Washington families with children affected by cerebral palsy. From Seattle, Pasco, Richland, Kennewick, Bainbridge Island, or elsewhere in Washington, you can reach us for a free consultation by simply calling (206) 752-4366 or by using our online form.

The Signs and Symptoms Of Cerebral Palsy

Because cerebral palsy includes several types of disorders, and because every case of cerebral palsy is unique in each child, there are many different signs and symptoms of the disorder. In general, though, the most common symptoms relate to a child’s abilities to control the muscles in its body and coordinate their movements. The severity of the symptoms will depend upon the severity of the abnormalities in the baby’s brain.

The signs and symptoms of cerebral palsy usually appear when a child is between the ages of six months and two years old. Children with cerebral palsy are often slow to reach routine developmental milestones, such as learning to roll over, sit up, and crawl and walk.

Parents may first notice problems with a baby’s muscular control and coordination when their child reaches six months of age, because that’s when babies usually have developed enough to begin crawling and moving about, exploring the world around them. If the baby has difficulties controlling its muscles and parts of its body, it becomes more evident at that time.

What To Look For – Common Symptoms of Cerebral Palsy

Children suffering from cerebral palsy usually show at least some problems or difficulties in controlling their muscles. This is because the several disorders grouped under the name “cerebral palsy” all involve abnormalities in the areas of the brain that control motor skills. The symptoms will vary in each person, from severe to very mild.

Cerebral palsy can result in muscular control problems on either side of a child’s body, or both sides. The symptoms also may vary in degree, so that a child might have more difficulty controlling the arms or legs on one side of its body than on the other side.

The most common symptoms of cerebral palsy include:

Even if your child has some of these symptoms, it doesn’t mean he or she has cerebral palsy. It’s important to have your child thoroughly examined by a qualified Washington doctor. Any child who does have cerebral palsy will benefit the most from early treatment. Getting the condition diagnosed as early as possible gives each child the best opportunity to minimize the effects of cerebral palsy while maximizing the child’s abilities and quality of life.

The Seattle cerebral palsy lawyers at Tinker Law Firm, PLLC are trusted and respected birth injury attorneys with a record of getting results for birth injury victims and their families. Contact us today for a free consultation.

From Seattle, Pasco, Richland, Kennewick, Bainbridge Island, or elsewhere in Washington, you can reach us to talk about your case by simply calling (206) 752-4366 or by using our online form.

Of all the problems caused birth injuries, cerebral palsy is one of the most... continue reading